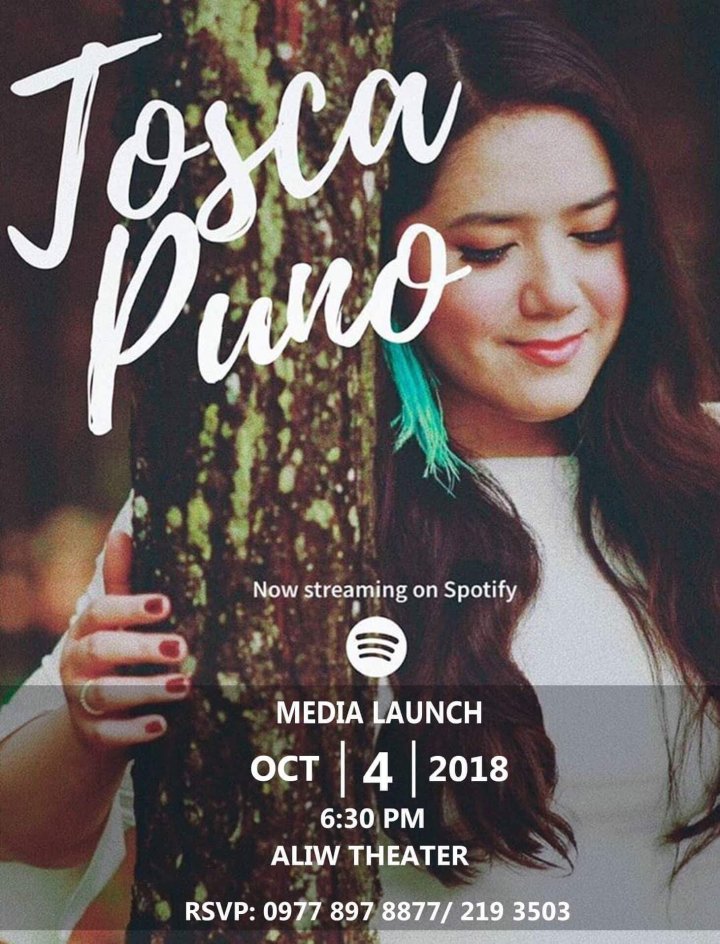 On October 4, 2018, 6:30PM at Aliw Theater Lobby, the media launch of Tosca Puno for her first album which she wrote and dedicated to all the parents will be held. The Inspirational OPM Album is entitled “Full Of Love” and streaming on Spotify, iTunes and Apple Music already. All songs are original and written by Tosca Puno and arranged by Direk Adonis Tabanda with a Bonus Track of a duet of “Kapalaran” with the legend, Rico J. Puno, her Dad.

Tosca is truly grateful to her Dad, the catalyst in making the Inspirational OPM Album possible. Rico J. Puno, is a popular Filipino pop singing artist, comedian, and television host who is credited as a pioneer-promoter of original Filipino music with hit songs like “May Bukas Pa and Magkasuyo Buong Gabi among others.

Tosca and Rico will perform at Aliw@40 Anniversary Concert on October 4, 2018 at 8PM at Aliw Theater. In 1976, Puno won the Aliw Award for Most Promising Entertainer. Two years later, he became Aliw’s Entertainer of the Year.

Constantly remind ourselves that were warriors who keeps on fighting for her dreams..